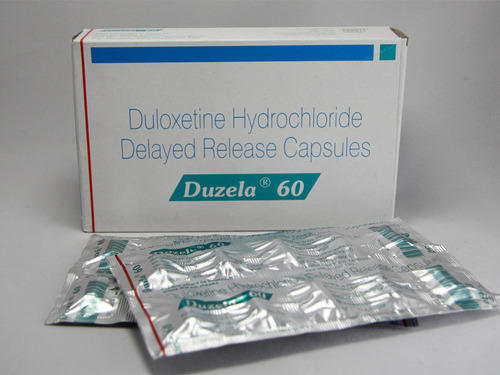 The FDA has approved duloxetine for the treatment of depression and the management of the pain associated with diabetic peripheral neuropathy. The drug is a selective serotonin and norepinephrine reuptake inhibitor (SSNRI) similar to venlafaxine (Effexor). Duloxetine is marketed by Eli Lilly and Company as Cymbalta.

Potential Advantages : Duloxetine is the first drug approved for the management of diabetic peripheral neuropathy. It is also reported to be effective in relieving painful physical symptoms in depressed patients. Improvements in pain severity were associated with higher remission rates.

Potential Disadvantages : Duloxetine has been associated with increased risk of mydriasis. Therefore it should be avoid in patients with uncontrolled narrow angle glaucoma. Common side effects associated with duloxetine are nausea, somnolence, insomnia, headache, dry mouth, constipation, dizziness, and diarrhea. These tend to be more common earlier in therapy. Increase in blood pressure, symptoms of urinary hesitation, sexual dysfunction in males, and elevation of serum transaminase levels have also been reported. Other frequent (at least 1/100) side effects observed during premarketing evaluations include gastritis, irritability, lethargy, nervousness, nightmare, restlessness, dysuria, night sweats, pruritus, and rash. Duloxetine is metabolized by CYP1A2 and CYP2D6. Potent inhibitors of these isoenzymes result in increase levels of duloxetine. Duloxetine is also a moderate inhibitor of CYP2D6 and intermediate between paroxetine and sertraline. Due to the risk of serious ventricular arrhythmias and sudden death the co-administration of thioridazine and duloxetine in contraindicated.